A Messiaen disciple who turned to infidelity

The composer of many of the films of Claude Chabrol has died in the Ardèche, aged 85.

Pierre Jansen had his early works premiered at Darmstadt, but from 1960 became the trusted collaborator of Chabrol and other leading film-makers.

His celebrated scores for Les Biches and Une Femme Infidèle brought atonality to the big screen. 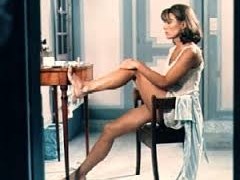