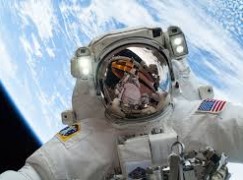 With NASA’s help, Houston we have opera….

Houston Grand Opera (HGO) will present the world premiere of O Columbia, a chamber opera created by an acclaimed team of artists: composer Gregory Spears, librettist Royce Vavrek, stage director Kevin Newbury, and conductor Timothy Myers—on September 23 and 24 at 8:00 p.m. at the Bayou Music Center. O Columbia examines the past, present, and future of the American spirit of exploration and celebrates the identity of America’s frontiersmen and women. O Columbia will be HGO’s 57th world premiere.

Informed by interviews with astronauts, engineers, shuttle mission trainers, and others from the NASA community, the chamber opera in three acts explores our culture’s fascination with space and introduces historical events of exploration as touchstones.  Each short act, framed by works for chorus, imagines a conversation that crosses space and time to create a unified story: we ride with Sir Walter Raleigh on the bow of his ship heading for the New World in the 16th century; sit with a teenager in her Houston bedroom as she experiences communion and later, heartbreak, with a Columbia space shuttle astronaut gliding around the earth; and finally we travel with future astronauts to the far reaches of the solar system, with Lady Columbia waiting to greet them.

« Video: Pianist John Taylor plays on the night he died

Just in: Fiddler on the Roof star is dead »