Mario Sereni, who sang leading baritone roles for 27 seasons at the Metropolitan Opera, died on July 15 in his birthplace, Perugia, aged 87.

Mario had a lovely voice and formidable technique but he was overshadowed at the Met by US baritones Leonard Warren and Robert Merrill. His art is well represented on record. 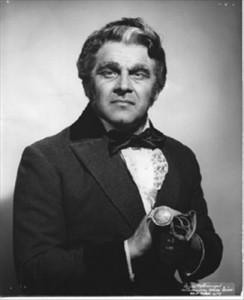 (skip the wobbly intro, the voice is secure)