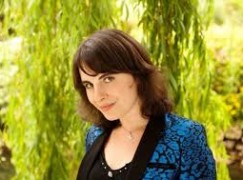 Quarter of a century ago, I wrote a front-page Sunday newspaper lead about composers who were fleeing the crumbling Soviet Union and applying for asylum in the UK.

Two who were pictured with the story were the married couple Dmitri Smirnov and Elena Firsova, who were living with two small children in a tiny house in Chiswick. Now, their daughter Alissa Firsova has made her first recording – an album of music by Rachmaninov, her mother, her father and herself.

Alissa talks revealingly on video about Russian music in exile.

Watch: No flies on Alina »