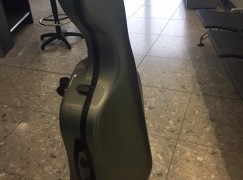 Gabriella Swallow turned up at London’s Heathrow airport this morning with two flight tickets, one for herself and the next for her cello.

Only to find that the airline had given her cello’s seat to a passenger they had bumped from last night’s flight.

What to do? Should she take tonight’s flight and miss rehearsal, or put her cello in the hold? 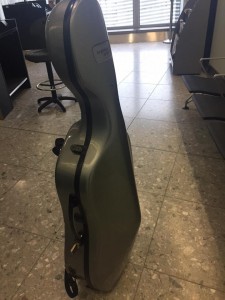 Gabi made a fuss at the desk. The harassed staff allowed her to go with the cello to the gate and, in her words, ‘beg for someone to change for later flight.’

To the airline’s disgrace, a couple agreed to give up their seats so that Gabi and cello could fly side by side. She is now flying thanks to the kindness of strangers. 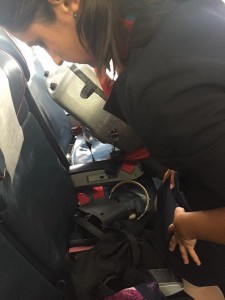 The airline is Air Malta. It likes to pretend is is friendly to the arts.

Its global ambassador is the opera tenor Joseph Calleja.

Unless Air Malta promptly apologies to Gabriella Swallow and assures us that this misconduct will not happen again, we expect Joseph Calleja to withdraw his patronage and will advise musicians to fly another flag carrier.

UPDATE: Air Malta has apologised, to Gabriella Swallow in person and on Slipped Disc (below). However, it managed to lose her luggage, which contained the scores she needs for rehearsal in Malta. Back to square one.

« Hilary Hahn: I learned it all from Russians