A malign Russian musician, masquerading online as ‘Grigory Rasputin’, has posted on Youtube some highlights of a March 2015 performance of the Tchaikovsky concerto in Seoul, South Korea.

The soloist is Lisa Kim, Associate Principal Second Violin of the New York Philharmonic. The intonation is not altogether pinpoint. More lowlights, as it were, than highlights.

‘Rasputin’ calls the video How Not to Play…. Click here if you need to hear more. 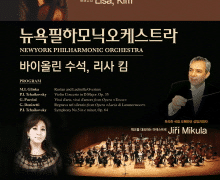 The original link has now been taken down. You can see the performance under discussion here.