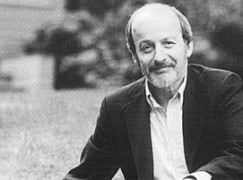 Ragtime’s E L Doctorow could have been a musician

The death has been announced of a great American novelist. He was 84. President Obama tweeted: ‘E.L. Doctorow was one of America’s greatest novelists. His books taught me much, and he will be missed.’

He came to a book launch of mine in New York. I was struck dumb by the honour of his presence.

What I remember was him telling me that his parents, Russian immigrants, made their living from music. His father had a music store, his mother was a pianist. Edgar went to concerts all his life, and to the Met.

I live by this saying of his: ‘I am telling you what I know—words have music and if you are a musician you will write to hear them.’

Martha Argerich: ‘I’m busier now than when I was younger. I need to practice more.’ »