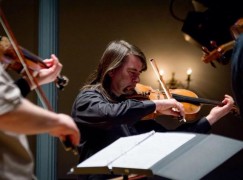 Dear Friends,
On Friday, July 24th we will say the last goodbye to our dear colleague Friedemann Weigle. The funeral ceremony will be held at the SchlosskircheBerlin-Buch (Alt-Buch 36; 13125 Berlin) at 2pm.

In lieu of flowers the family would appreciate a donation for the Friedemann-Weigle-Programm, as part of the Stiftung Deutsche Depressionshilfe, to raise and increase awareness about young musicians suffering from the bipolar depression.

Please share this information with everybody who knew Friedemann.

« Video: Martha Argerich is hot as a rock star

Just in: Death of a great baroque leader »