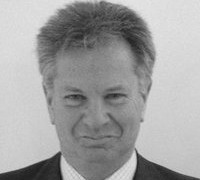 Martyn Rose was appointed chairman of English National Opera two years ago with a brief to improve the company’s political connections and raise much-needed donor contributions.

In March he resigned, blaming the artistic director John Berry. Now he’s back for a gloat over John’s resignation:

‘This is the right decision for the English National Opera,’ says Rose, ‘which I have long believed was in need of a fresh artistic vision and an improved business model.’

Well, Rose failed to add a single political heavyweight to the board, or to bring in new donors. He positively slathered himself in glory at ENO.

New video: Making music in the ruins of Ukraine »