The Athens Festival has called off a Carmen production due to open in the last week of July. A website announcement says:

The Greek National Opera, due to the current situation, announces the postponement of the production of “Carmen” which was scheduled to be performed for the 26,28,30,31 July at the Odeon of Herodes Atticus.


The new dates for the production will be announced soon.

Cast members have not yet been directly notified. The production was by Stephen Langridge. The role of Carmen was to have been shared between Rinat Shaham and Géraldine Chauvet. 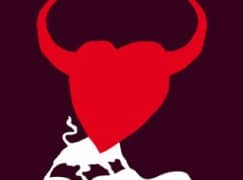