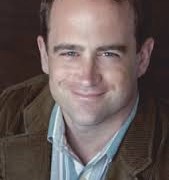 A Juilliard graduate pianist says the system is screwed

Jack Kohl, a New York based music director, has written his first novel, That Iron String(Pauktaug Press). It’s about a couple of pianists in New York, trying against all odds to make a go of it.

Interviewed by our colleague Michael Johnson, Jack has this to say about the concert business:

Aren’t we witnessing a lemming-like stampede? Aren’t Asian conservatories training thousands of talented youngsters, most of them aiming for careers in the U.S. and Europe?

Yes, the throngs of pianists keep coming, and throngs of really good ones. I do not believe the next generation will be the last in classical music. The music will survive because of its greatness. But the medium of the large concert put in place with, say, Mendelssohn and Liszt — and the re-creative artist as window on the imagined intentions of the composers — perhaps must, perhaps should, play itself out.

Look ahead 30 or 40 years. What might replace current classical music performance traditions?

I think the re-creative artist will eventually have to remerge as a creative artist. We cannot forever be textual slaves and hope to remain relevant in a glutted market. I don’t know where the new music will come from. But I know it will emerge and join a place with the canon — and it will be something that will be loved.

Indeed. What young, thinking mind can long honor the mantras and standards that are put forth by the conservatory and university if the ideal of the re-creative artist is principally, if we are really honest, simply playing as cleanly as possible from a page of score written by someone centuries ago? Everyone attempts to cite all sorts of flaws to the present system – but this simple and monstrous flaw stares everyone in the face and no one speaks of it. It’s repetitive music-making.

« Angela Merkel did not faint at Bayreuth