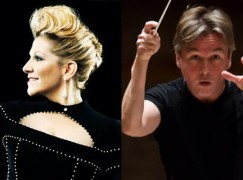 Shake out that Liberty-print frock.

It’s party time for the next eight weeks.

The Canadian baritone Gerald Finley has pulled out of San Francisco Opera’s Sweeney Todd because he’s about to become a father in September. He is replaced by Brian Mulligan. 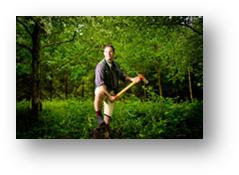 Mathieu Gallet, the unpopular boss has announced the next round of cuts.

Radio France has 4,380 payroll staff, among them 756 journalists and 635 technicians.

From one of our readers:

I am a violinist in the Metropolitan Opera Orchestra and a frequent reader of Slipped Disc.  I am writing because I want to bring to your attention a concert in which I am taking part tomorrow night.The Dream Unfinished: a Symphonic Benefit for Civil Rights is being held on the anniversary of the death of Eric Garner to bring people together in awareness of the Black Lives Matter movement.  An orchestra of 84 musicians from the MET, NY Phil, Broadway, and other NYC ensembles will be performing the music of Leonard Bernstein, William Grant Still, and Jessie Montgomery (a world premiere).  There will be two vocal soloists (Stephen Salter and Janinah Burnett).  Terrence McKnight (of WQXR) is hosting. Guest speakers include Erica Garner and Joy Reid.

All orchestra members and conductors involved are donating their time and talents for this event.

Having just returned home from a day of rehearsals for the event, I am excited and inspired and want to share this with as many people as possible.  I can’t remember the last time I was involved in a concert where so many people were donating so much of their time with such enthusiasm and dedication.  It’s not something that you see often in classical music.

We’ve been looking again at the list of 84 selected contestants for the Chopin Competition in Warsaw this October.

Who are the competitors? Almost all of them unknown.

In that case, why not add a name that will add fireworks to the Chopin?

Lucas Debarge was placed last in the Tchaikovsky piano finals in Moscow. He was, by most accounts, the most exciting contender. Largely self-taught and barely able to afford a suit, he may not have had the funds to enter the Chopin.

Wouldn’t it be wonderful if the organisers were to co-opt a last-minute Frenchman?

Glenn Houle, a composer who used to run two music schools in Los Angeles, died when his truck ran off the road. Houle wrote a symphony and two musical comedies, among other works. More here. 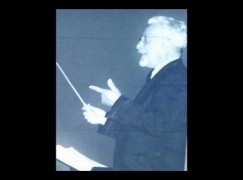 Graham Kern, the concertgoer accused of attacking a disabled woman during a January Wigmore Hall recital by Jonas Kaufmann, has been cleared by an Old Bailey jury after a two-day trial.

The jury took two hours and 20 minutes to decide in the defendant’s favour.

The Wigmore Hall has lost one, possibly two, regular patrons.

Ettore Strata, an A&R chief at Columbia Records who conducted London orchestras and worked with Barbara Streisand, Tony Bennett and Stéphane Grappelli, has beat his last.

Born in northern Italy in 1933, Ettore reached the US in 1959, got a job in a Columbia Records pressing plant and worked his way up to the front office.

A success story from near-forgotten times. 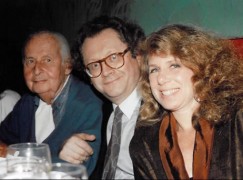 Happy 90th birthday to Anita-Lasker-Wallfisch, a cellist at the heart of London’s orchestral life for half a century.

A survivor of Auschwitz and Bergen-Belsen, Anita took up her cello again earlier this year to play on the soundtrack of a Holocaust documentary composed by her grandson, Benjamin Wallfisch.

The educational video has been screened in the US, but is not yet apparently available elsewhere.

From the US press release:

A woman whose talent at playing the cello helped spare her life at the Auschwitz death camp has picked up her instrument for the first time in more than a decade to score a new documentary being made for the Auschwitz-Birkenau State Museum in Poland.

Anita Lasker-Wallfisch recorded a cello solo for a 15-minute documentary called “Auschwitz,” that recounts the long history of the infamous Nazi German death camp located in Poland. The film was directed by Academy Award® winning documentarian James Molland produced by  Steven Spielberg in conjunction with USC Shoah Foundation – The Institute for Visual History and Education.

When Zimmer initially tapped Wallfisch for the film, he was aware that Wallfisch’s grandmother had played cello when imprisoned at Auschwitz.  Later, after multiple conversations about Lasker-Wallfisch and speculation about whether she might still be able to play, Zimmer, Wallfisch and Moll began to see the bigger picture, and considered the possibility of inviting her to participate.  After conversations with her family, Lasker-Wallfisch agreed to lend her talent to the score.  Throughout her lifetime as a musician she had always been a perfectionist, so the idea of playing without practicing for over a decade was unthinkable.  But once the recording began, the result was staggering.  Her gentle tone and musical gift was as present as ever.

Taking it even a step further, Anita’s son Raphael Wallfisch, himself a celebrated solo cellist, also agreed to play on the film score, involving three generations of a family that survived Auschwitz.  As the film’s narrator Meryl Streep recites in the final moments of the film, “While the humanity of any one person can be extinguished, humanity itself cannot be. It endures.”