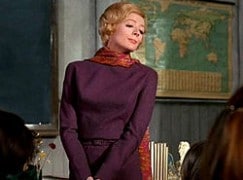 The losers who hold power in music schools

The cellist and teacher Alison Moncrieff-Kelly, a musician with long experience of music schools, has written a powerful reflection on the flaws and dangers of the music education system.

Among other observations, she highlights how easy it is for untalented individuals to rise within the system and exercise an uncontrolled influence. Alison writes:

Unfortunately, it would seem that many of those to whom we have entrusted talented young musicians, are people of proven flaws; and not just small frailties – no, appalling, huge, catastrophic personality disorders that are a long way beyond Miss Jean Brodie and her somewhat homo-erotic fantasy.

No, this is a vast panoply of contenders, some very skilled musicians (of which much was made of that in both the Layfield trial, and that of former Guildhall School teacher Philip Pickett earlier this year) some unknown for any professional playing, but who have carved out work lives as ‘career teachers’. Those people often have their own universe of issues to address, because within their ‘vocational’ teaching world may well exist a whole raft of elements like disappointment, bitterness, jealousy…and yes, some of those people may be capable of subjugating those issues to the back-burner and be the best possible teacher; but some won’t, and will work a terribly odyssey of vicarious pressure on the students who come their way.

These are possible scenarios, and I would argue, all extant in the UK. What is only now coming to light is how ruthlessly and systematically some of the least capable, the least emotionally suitable, and above all the least self-aware people achieved positions of power within the specialist music world. In these positions, they were enabled and facilitated to wreck young lives and pervert the healthy growth of vulnerable young people.

« Calling out Daniel Barenboim on the Israel boycott