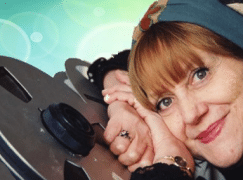 The first professor of pop music

The musicologist Sheila Whiteley, who has died aged 74, achieved her moment of fame as the first person to teach a course in popular music at a UK university.

Sheila gave an undergraduate course at University College, Salford, in ‘Popular Music and Recording’ in 1991 and was awarded a Chair in Popular Music at Salford University in 1999. She became General Secretary of the International Association for the Study of Popular Music.

Her first book, The Space Between the Notes, explores the role of hallucinogenic drugs in progressive rock.  Sheila was also active in gender studies. She edited one colloquium, Sexing the Groove, and co-edited Queering the Popular Pitch.

Just in: Chetham’s to be sued by Malcolm Layfield’s accuser »