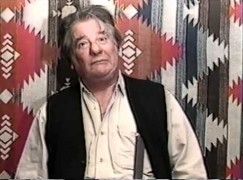 We regret to share news of the death of Nico Castel, a Lisbon-born comprimario tenor who sang 700 times at the Metropolitan Opera and was, besides, a prodigious language coach and opera translator. Nico died on Sunday, aged 83.

The US bass-baritone Alan Held remembers a warm and supportive friend:

Many of my colleagues today have posted of our sadness concerning the loss of an phenomenal genius and friend.

Nico Castel was, simply, one of the greatest gifts to opera. His talents were obvious on stage. Over 700 performances at The Met showed us his great creative abilities. His support off of the stage, especially to young singers, was incredible. His scholarship, which will remain in the training of young singers, will last forever.

Nico first heard me in a master class that he gave at Wolf Trap in the summer of 1987. He was so complimentary and supportive when I sang Wagner for him. From then, he became a good friend and mentor in so many ways. A few months after that master class, I showed up, for the first time, at the Met’s door, for coaching on Alban Berg’s “Lulu”, an opera that is fiendishly difficult and one that I had been given a contract for to cover. This was a tall order for someone who was as green as I (and only 27 years old). He was so patient but yet demanding.

He pushed me to get the diction right. He did that on every role I did with him–and there were many. He returned to Wolf Trap, the following summer, and coached our production of “Don Giovanni”. Every time I sang the opera after that (and Leporello is one of my most performed roles), I thought of his lessons. And, how proud I was, in the spring of 1989, to have Nico onstage with me during my Met debut in “Billy Budd”.

Many of you have seen the video of Nico performing the many interpretations of the Haushofmeister in “Ariadne auf Naxos”. He used so many accurate and incredible accents. But, imagine sitting at a table in the Met cafeteria, with him and other colleagues, and have him do that routine for you—LIVE. Oh, my!!! He was an absolute GENIUS (he spoke fluently, with many different dialects within, at least 7 languages).

But, I have a memory of Nico that I cherish perhaps even more than any of these. In 1988, Nico, his daughter Sasha, and a few others of us from Wolf Trap, went to Baltimore to see the Orioles play (in the old Memorial Stadium). It was absolutely hilarious to hear Nico call for a hot dog or peanuts or whatever else using whichever NY accent or foreign accent he wished. The entertainment at the game came far more from our friend in the stands than from the game on the field. I am saddened to hear of this great man’s passing. He gave us all so much. I have students who look at Nico’s books for diction advice and help with translations. Thankfully, they will continue to learn from this absolute master, as will I. His work is not finished…it will live on.