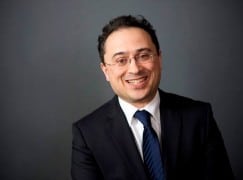 Major coup for our friends in the north. They’ve hired the manager of Orpheus Chamber Orchestra as the incoming chief executive of the Royal National Scottish Orchestra.

Krishna will need to be hardy.

Dr. Thiagarajan joins the RSNO from the New York City-based Orpheus Chamber Orchestra, where he served as Executive Director since January 2013. Krishna was responsible for increasing audiences including sold-out performances at Carnegie Hall, commissioning new work, touring the Orchestra to Japan, Colombia and throughout Europe, ensuring financial stabilisation and overseeing the orchestra’s first self-produced recording.

Previously Dr. Thiagarajan served as President of Symphony in C, one of three professional training orchestras in the United States, as well as Senior Director of Artistic Operations for the Rochester Philharmonic Orchestra (RPO), based in Rochester, New York state’s third largest city.