Neil Courtney, a double-bass player with the Philadelphia Orchestra for 48 years, has died at 82. He started out as principal double-bass with the National Symphony in Washington for four years, but settled for a lesser role in a much better orchestra. He became an influential figure in Philadelphia, respected by Riccrdo Muti and advising crucially on the acoustics of the new concert hall. They called him ‘the king’.

Peter Dobrin has the obit here. 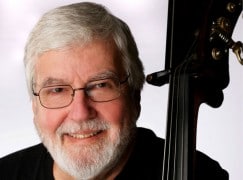