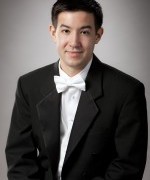 The Pittsburgh Symphony Orchestra will welcome two new staff conductors at the start of the 2015-2016 season. Andrés Franco and Francesco Lecce-Chong both will join the symphony staff as assistant conductors.

Recently named music director of Tulsa’s Signature Symphony at TCC as well as assistant conductor of the Pittsburgh Symphony, Franco is also in his fifth season as principal conductor of the multimedia project Caminos del Inka and his third season as artistic director of the Fort Worth Symphony Orchestra’s Summer Festival. Along with his conducting duties at the Pittsburgh Symphony, he’ll debut with the Chicago Sinfonietta and the Saginaw Bay Symphony Orchestra in the 2015-2016 season. 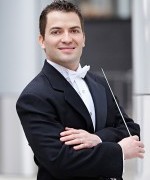 “I am very excited to be joining the Pittsburgh Symphony Orchestra team! I was in Pittsburgh for the season finale concerts and was very inspired by the passion, commitment and energy the orchestra brings to the stage,” says Franco. “This is truly one of the world’s great orchestras and it is an honor to work with Maestro Honeck and these wonderful musicians. I look forward to becoming part of the Pittsburgh Symphony family and getting to know and interact with our amazing audience, board and staff.”

A native of Boulder, Colorado, where he began conducting at the age of 16, Lecce-Chong is a graduate of the Mannes College of Music, where he received his Bachelor of Music degree with honors in piano and orchestral conducting. Lecce-Chong also holds a diploma from the Curtis Institute of Music, where he studied as a Martin and Sarah Taylor Fellow with Otto-Werner Mueller. He has been mentored by many world-renowned conductors, including Edo de Waart and Donald Runnicles, with whom he continues to maintain a close working relationship.

Lecce-Chong also has been named the music director of the Pittsburgh Youth Symphony Orchestra (PYSO) and will conduct weekly rehearsals of the 95-member ensemble, which performs free concerts at Heinz Hall as well as outreach concerts in the Pittsburgh area. He succeeds Lawrence Loh who held the position for seven years.