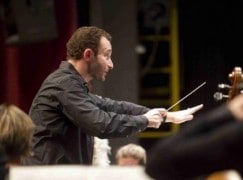 Sir Peter Jonas, retired intendant of the Bavarian State Opera, tells us what happened when a visit by the Munich company’s orchestra with its fast-rising conductor was proposed to the BBC Proms.

Kirill Petrenko is one of the great conductors of our time and only in Britain has he been somewhat undervalued and or ignored. His work at the Komische Oper was superb and his performances, as well as his uncompromising leadership qualities and integrity at the Bavarian State Opera, have been thrilling, inspiring and edifying in that they have given many of us faith and belief in the musical future of such institutions.

He is not shy but, rather, in his single-minded pursuit of his musical dream, completely concentrated on the musical task at hand. One prays that he will see out the whole of his contract in Munich as the Staatsorchester at the Opera have flourished working with him (let us not forget this was Carlos Kleiber’s favourite orchestra and had a such a close, affectionate and rewarding relationship with Zubin Mehta during his era as MD).

Maybe this is the riposte to the infamous reply of the BBC Proms management as the Staatsorchester’s committee and their management offered themselves to the Proms for 2016 on tour and were sent away with the exclamation….’Oh no…. Kirill Petrenko?…We do not really know about him over here….’!!! Little Britain!!

The tour will happen…all over Europe but without London and the Proms, which the players are sad about.

« How Gunther Schuller got his students into a White House dinner