France’s most successful film composer has accused its dominant musical modernist of shutting him out of the nation’s concert halls. In an all-out attack on France Info, Legrand said:

‘For 40 years Boulez and his ‘family’ have closed all possibilities for all other composers to be performed. He decided that the musical past would be wiped out and we would start from scratch. He shut the door to all other composers. Composers like me could not have made a living because we had no access to the concert hall.’

Legrand added: ‘Il a agi, et c’est très grave, comme un fasciste. Il y a sa musique et rien d’autre. He has behaved – and this is very serious – like a Fascist. There is his music, and nothing else.’

Legrand, 83, is the grand old man of French cinema music.

Boulez, 90, was a power-broking modernist. He is presently in poor health and is unlikely to respond to the charges. 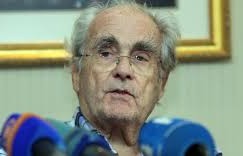 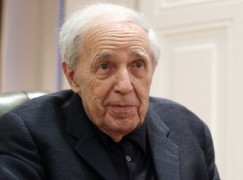