Anja Kampe has cancelled this summer’s appearances as Isolde after a reported row with Christian Thielemann.

She is to be replaced by Evelyn Herlitzius. Kampe will, however, sing Sieglinde in the Ring, conducted by Kirill Petrenko.

German media have identified Kampe as the companion of Kirill Petrenko. 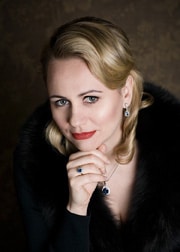 The disaffection between Thielemann and Petrenko may lie behind these late changes.

« Omg, my pianist is playing the wrong intro!