Malcolm Layfield, former violin teacher at Chethams School and head of strings at the Royal Northern College of Music (RNCM) has testified at his rape trial at Manchester Crown Court.

He admitted having relationships in the 1980s with students, one as young as 17, and agreed they were highly inappropriate. Asked why, he said: ‘Because the student-teacher relationship should not cross that area, and looking back I feel remorseful and very regretful about them.’

The latest Nielsen Soundscan data are as depressing as ever, with the top classical record clearing just 300 US sales in the past week and the next just 270. For the record, they are Andrea Bocelli and Andre Rieu. More gloom.

But coming up behind, in third and fourth place, are the Detroit Symphony’s self-issued Tchaikovsky cycle and – a new face in the charts – the DG harpsichordist Mahan Esfahani with Time Present and Time Past.

That’s promising, for all sorts of reasons. 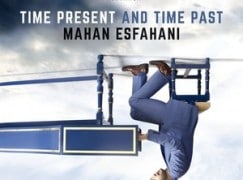 We are very sorry to report the death, from ovarian cancer, of the vastly popular Margaret Juntwait, presenter of the Metropolitan Opera’s Saturday Afternoon Radio Broadcasts for the past decade.

Margaret sounded the same, whether on air or off. She was charming, personable, knowledgeable, unpretentious. A former opera singer, she knew her subject inside out and was unfailingly enthusiastic.

She will be very widely missed and hard to replace. Our sympathies to her family. First appreciation here. 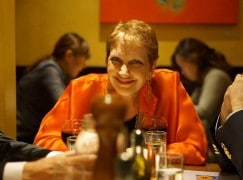 Breaking months of media silence, Myung Whun Chung has told Korean journalists that he intends to file law suits against those who accused him of cheating on his expenses at the Seoul Philharmonic.

Yesterday, an auditor who investigated ten years of the conductor’s expenses cleared him of any wrongdoing. The charge was laid by supporters of a disaffected former manager of the orch.

After his 2015 Edward W. Said London lecture at the Southbank Centre, Daniel Barenboim was asked whether he supported the BDS campaign to boycott and isolate the state of Israel. His reply, which you can watch on video (click here at 19:00), begins with outright support for a boycott, only to equivocate as he develops his position.

Barenboim said: ‘I think the boycott movement BDS is absolutely correct, its perfectly right and necessary with one limitation, one criticism – that it refuses any contact with anything that has to do with Israel. In other words, there is not enough differentiation. I think there are enough people in Israel who think very different from the government. Artists and other people. Writers, certainly. Musicians, certainly. And by making a blind boycott, you deprive yourself of the possibility of making contact with people who disagree with you – a member of the boycott – as much as, equally about the policies of the government.

‘And let us not forget one thing: The Israelis and the Palestinians are blessed or cursed to live either together or side by side, but certainly not back-to-back. And therefore, a boycott that is completely generalised and has no feeling for nuances takes away the possibility of ever imagining a future that will be different from what it is now. It only encourages policies, as we have read in recent days from the foreign minister f Israel, where it is clear that the present government in Israel is not interested in a two-state solution, it is not interested in a one-state solution. It is interested in an exclusively Jewish solution for all the territories, and that is unacceptable.’

We reported some weeks back that a music director/accompanist had offered to resign from two choral groups in south-east England after being found guilty of soliciting a nine year-old boy at a swimming pool in Amersham.

The man, 63, was tried under a different name from the one he uses in the music world. (Do not mistake the man named in the trial for any other choral musician of that name.)

He has been placed onto the Sex Offenders’ Register and will be sentenced on June 29. We called one of the choral societies and received a ‘no comment’ response.

You can read the trial report here. Some may find the details distressing. 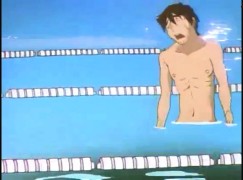 UPDATE: Robin Bowman, 63, has been jailed for 12 months. Reports here and here.

His name has been removed from the websites of the English Baroque Choir and Epsom Choral Society.

Public schools in the home of Coca-Cola and CNN have been ordered to stop teaching music from August. Music teachers have been sacked. Students in elementary schools will grow up without access to culture.

A petition has been launched to reverse the decision. Here‘s a clarification from the band-slashers.

A better idea: let’s all boycott Coca-Cola and CNN until they put some culture back into their home town.

No Coke without C-major.

The increasingly politicised pianist has told a Russian broadcaster that she will play an open-air recital on June 22 in Donetsk, capital of the Russian-backed Donetsk People’s Republic in a former part of Ukraine. ‘I think that’s the best kind of service I can possibly do for the people of Donbass,’ she said. ‘They want to have peace.’

The date is significant: the 74th anniversary of the German invasion of the Soviet Union.

You can hear her announcement in English here. It has been disseminated by the Russian Embassy in Canada.

A couple of months ago, Lev Natochenny was told that Frankfurt’s Hochschule für Musik und Darstellende Kunst wants him to retire later this year when he turns 65.

Lev thinks he has a lot more to give. He took the HfMDK to court.

The court ruled today that Lev does not have a piano leg to stand on. Teachers, it declared, are replaceable. 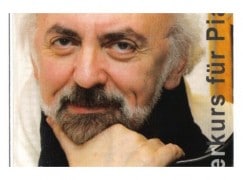 The Juneau Symphony has named Troy Quinn of Los Angeles as its next music director.

Troy, 31, also directs the Ocean State Symphony Orchestra on Rhode Island and maintains a parallel career as a professional tenor. 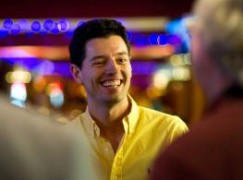 The London bass player Chi-chi Nwanoku has launched the Chineke! Foundation, with an orchestra ‘designed specifically for people of colour and led by one of our own’.

Her declared aim is ‘to create a space where black musicians can walk on to the stage and know that they belong, in every sense of the word’. Chi-chi has won support from various UK public bodies and plans an inaugural concert on September 13.

It looks like the first of its kind. Is it?

The Slovak National Theatre in Bratislava reports the death on May 31 of Louise Hudson, an Australian soprano who sang Turandot, Aida and many other big roles in recent years. No cause of death is given. Louise was just 48.

Sydney born, she studied physics and maths before turning to music. Before moving to Europe in the late 1990s, she made several appearances at the Sydney Opera. She left the Slovak ensemble in November 2013 and went on to sing on other European houses. 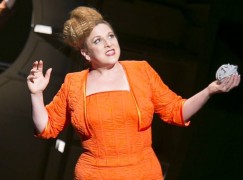 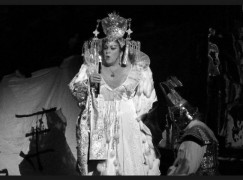