Why do airlines keep smashing cellos?

This is the second airline assault reported to us in as many weeks. It comes from Nicholas Gold, cellist with the Chattanooga Symphony and Opera orchestra. 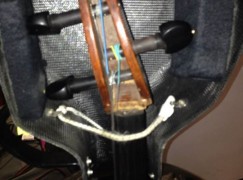 On Wednesday May 6th 2015, I flew into Nashville and this is what I found. I was flying Southwest Airlines. The cello was never handled by TSA… I always gate check the instrument and it’s always fine.

The airline must have had workers that are oblivious to the care of musical instruments and stickers saying “Fragile.” The impact to break a ‪#‎StevensonCase‬ has to be extremely severe.

Musicians: What are your thoughts on how airlines should handle instruments? Should I be held accountable for this catastrophe or should they?

I obviously work as a full-time cellist and this is my primary instrument. Do the baggage workers and Southwest Airlines at BNA not understand that this can be someone’s livelihood? 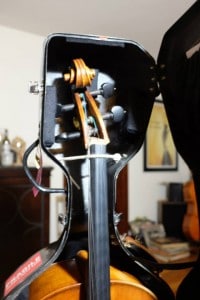 Oh, and here’s how SouthWest handles your baggage.