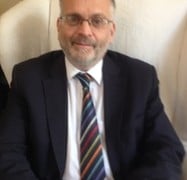 The Purcell School, which has been in turmoil for the past three years over a high turnover of department heads and intimations of bullying and abuse, has announced a new headmaster.

He is Stephen Yeo, head of Head of Exeter Cathedral School for the past four years.

A staff member tells Slipped Disc: ‘We are rather concerned that Mr Yeo’s limited experience working primarily in the prep school sector… does not seemingly equip him to deal with historical and current issues of verbal sexual abuse, bullying and seriously flawed employment procedures that the Governors continually choose to ignore.’

Stephen Yeo, a Bristolian by birth, began his musical education as a cathedral chorister at Llandaff Cathedral in Cardiff, progressing to King’s College, Taunton.  After graduating with a B.Mus degree from the University of Sheffield he spent five years in Dublin where he sang, played the organ, and taught at St Columba’s College and the music department of the Dublin Institute of Technology.  He was then Director of Music at St Elphin’s School, Matlock, followed by eight years as Head of Music and Performing Arts at King Edward VI Handsworth School in Birmingham.  Stephen then joined the leadership team at Bedales School, and subsequently became Head of Lyndhurst School in Camberley.  For the last four years he has been Head of Exeter Cathedral School.  In addition to his music degree Stephen holds a music education diploma from Trinity College, London and his National Professional Qualification for Headship (Secondary).  He is also a Boarding and Team Inspector for the Independent Schools Inspectorate and an Examiner for the Associated Board of the Royal Schools of Music.

« Peter Gelb goes to meet a nervous board