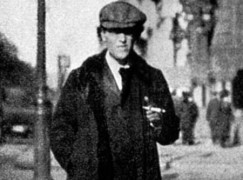 The opposite to Karajan in Mahler 9th

My album of the week on sinfinimusic.com is a new interpretation of Mahler’s ninth symphony that dares to go against the grain of grand maestro gestures in this deeply troubling work.

Objective, dry and slightly detached, this is an immersive Ninth, played with moments of dazzling zest and courage (the soloists should really be named in the booklet) and rising to an altogether credible, entirely open conclusion.

Since the conductor is an outside candidate at today’s Berlin Philharmonic election, I’d better not mention his name for fear of being arrested by the thought police and charged with abusing due process. But you can read it here.