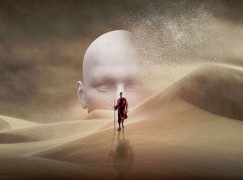 Opera Platform was launched today at the Opera Europa conference in Madrid.

Supported by the European Commission’s Creative Europe programme, the website links cultural broadcaster ARTE and 15 opera companies including Covent Garden and Welsh National Opera in the UK. The aim is to offer free content, including live performances from the 15 opera participating companies.

First up is La Traviata tomorrow from Madrid followed, on May 16, by Szymanowski’s opera Król Roger from Covent Garden.

Although no-one’s saying it, Opera Platform is, in part, a bid to break the Met’s global streaming hegemony.

The founding participants are:

Programme of the opening six months

8 May Launch of The Opera Platform

23 May Transmission from Finnish National Opera Helsinki of Kullervo by Jean Sibelius, conducted by Jukka-Pekka Saraste and directed by Tero Saarinen

30 May Transmission from Latvian National Opera Riga of Valentina by Arturs Maskats, conducted by Modestas Pitrenas and directed by Viesturs Kairish

August Focus on Festivals dedicated to and founded by composers, including features on Rossini Opera Festival Pesaro and Britten’s Aldeburgh Festival