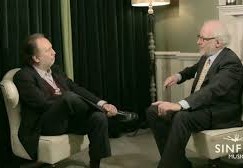 The German Bild tabloid has an ‘exclusive’ splash today, claiming that Riccardo Chailly will leave the Leipzig Gewandhaus in 2018, two years before his contract expires.

Chailly, 62, took up additional duties this month as principal conductor (a less demanding role than music director) with La Scala, Milan, where he was born and bred.

However, a source close to Chailly tells Slipped Disc: ‘Chailly is not planning to leave earlier, this is just speculation.’ And Andreas Schlz, the Gewandhaus director, tells Bild: ‘He will not conduct one concert less than his contract.’

What is true that the orchestra has begun to discuss a successor for 2020, given that Chailly’s name is being linked both to Berlin and to the vacancy at the New York Philharmonic. Leipzig has begun to look to its medium-term future.

Remembering the conductor that got shot »