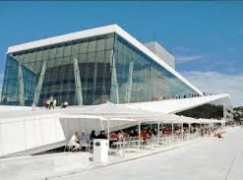 A national opera is cut adrift

The Norwegian newspaper Dagbladet has published a ferocious attack on the management of the Oslo Opera by its veteran critic, Professor Ståle Wikshåland.  Under the headline ‘A Ship Adrift’, it attacks the chief executive, recruited from the clothing industry, responsible for removing the artistic leadership, leaving the company without proper direction. Wikshåland writes:

Things have gone wrong again in an attempt to establish a world-class Opera… On Friday afternoon, before the quiet Whitsun weekend, a press release was sent out by Norwegian Opera and Ballet saying that Artistic Director Per Boye-Hansen was leaving. Not immediately but when his contract expires in 2017. And he was not going voluntarily, but with a heavy heart. He made no effort to disguise that.

… Some of the greatest opera performances I have seen at home and abroad have been under Per Boye Hansen´s leadership here in Oslo. Boye-Hansen has truly built up the opera from the inside out.

The reponsibility points towards: Managing Director Nils Are Karstad Lysø. He has maintained a low profile since coming from Moods of Norway (a fashion manufacturer and retailer), but he should at least have learned that you do not change the repertoire and the workforce of an opera like you do with fashion collections…

The timing points to Lysø, rather than the Opera´s board under Ellen Horn which is finishing its term of office next week. So once more attention has to be directed at the way the Opera is run. And it has come in for hefty criticism from this newspaper, and from Boye Hansen himself before he became Artistic Director.

The model where the Managing Director is the ultimate boss is unusual, and it has only worked two places I know. At the Royal Opera House in Copenhagen and at Covent Garden in London. And it has worked because neither of the managing directors have taken it upon themselves to think that it was they who decided on artistic matters. And this is how it still works in Copenhagen and London.

What is Lysø thinking of doing now as boss of the whole outfit? And who are the world-class opera performers he thinks he can bring to Oslo, under the direction of Managing Director Lysø?

« Son of a silenced composer