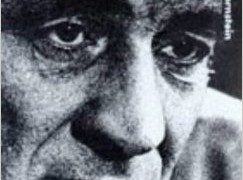 A classical record master has died

Distressed this morning to receive news of the death on Friday of Paul Myers, an engaging character who was head of CBS Masterworks and, later, a driving force at Decca. Urbane, engaging and vastly well informed, Paul was a man of the world in the manner of his CBS role model, Goddard Lieberson. He helped me with much background when writing my history of the classical record industry and I commissioned from him an outstanding, intimate and critical biography of Leonard Bernstein, with whom he worked and clashed for many years.

As a very young man, Paul was a civil servant – principal private secretary to the prime minister of Rhodesia (now Zimbabwe), where one of his duties was to make sure no snakes and rhinos invaded the Cabinet Room. Passionate about symphonic music, he was recruited by Epic Records to produce Georg Szell and the Cleveland Orchestra. Unlike many others, he tapped into great warmth and affection in Szell and maintained his contract through years of poor sales.

As head of Masterworks, he recruited Lorin Maazel from Decca and scored massive successes with the young guitarist John Williams, wih Murray Perahia and Yo Yo Ma.  After upeavals at CBS (you can read about them in The Life and Death of Classical Music) he returned to England and worked for Decca. When that label went into tailspin, he was responsible for a vertical rise in production standards at Naxos.

Constrained by kidney failure in later years, he was sustained by a happy marriage and a sea-view retirement on the English south coast. Paul was 83, bless his memory. 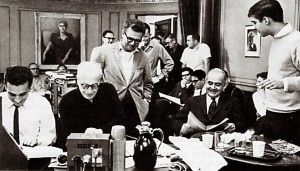 « Death of an eminent Canadian soprano

‘Who Made Tchaikovsky Gay?’ (a revisionist question) »