Opinion has split down the middle on the Toronto Symphony’s sacking of star pianist Valentina Lisitsa, whose social-media hostility to the Ukrainian government provoked irritation among Canada’s pro-Kiev lobby.

The majority of commenters on Slipped Disc take the view that Val’s much-tweeted propaganda is virulent and the TSO was right to sack her.

Most commenters on Toronto’s Globe and Mail take the opposite view, arguing that the TSO was wrong to cave in to pressure and that an artist’s politics have no relevance on whether she or he has the right to make music.

From our perspective, Val’s politics are odious. She spouts the Putin line on the Ukraine, justifying the aggression of ‘pro-Russian’ citizens who are armed, trained, funded and supported by the Russian army. Everything she writes, from her US refuge, is cast in black and white: Russia is right, the rest of the world wrong. She has come very close to condoning some of the worst war crimes committed in Europe since the Serb wars of the 1990s.

However, that is no reason to ban her from a concert hall. If it were, then Valery Gergiev, Anna Netrebko, Dennis Matsuev, Yuri Bashmet and dozens more should have been excluded long ago from the world stage. No-one in their right mind would want that. In a free society we cherish the freedom of speech, even when we disagree to the point of revulsion with the sentiments expressed. Freedom of speech entails freedom of performance.

The Toronto Symphony has transgressed that principle by caving in to a small and noisy pressure group. It is one of the most cowardly acts seen from a music organisation in years (outside of Russia, where a cough from the Kremlin can cost an artist his job). The TSO’s gung-ho boss Jeff Melanson has made a terrible error of judgement. 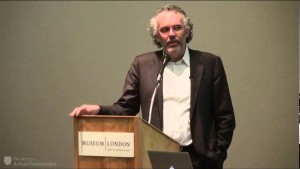 Boycotts are bad. They don’t work, and they hand moral advantage to those whose views they try to silence. Toronto has got it wrong. The TSO board needs to convene in emergency session and revoke Melanson’s rash decision.