This is one of the remarkable conclusions of a 1990s study of violin students in Berlin. Read here. 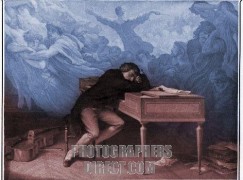