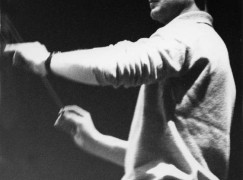 He could have been the next Karajan

A memorial concert at Berlin’s Haus des Rundfunks on Sunday will mark what would have been the 80th birthday year of Peter Ronnefeld, one of the most dazzling musical talents of his time. Peter was just 30 when he died of cancer in August 1965.

His ascent had been dazzling. Chief conductor in Bonn at 26 and Generalmusikdirektor in Kiel two years later, he was getting offers from all the best orchestras. Herbert von Karajan had been among the first to spot his gift, engaging him as repetiteur at the Vienna Opera in 1958. Nikolaus Harnoncourt employed him as harpsichordist in the Concentus Musicus Wien.

An avid composer, Ronnefeld premiered works by Zimmermann, Isang Yun and other trailblazers. He conducted a Mozart evening with the Vienna Symphony Orchestra. Karl Böhm said: ‘this young man could be the next Karajan.’ 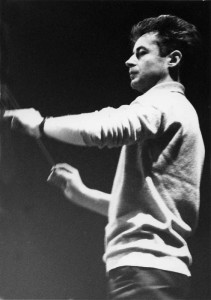 In the summer of 1965, Ronnefeld was rehearsing a new work by Aribert Reimann when cancer was diagnosed; he was dead within weeks, leaving a widow and six year-old son.

A selection of Ronnefeld’s works, published by Ricordi and UE, will be performed on Sunday by a youth orchestra, the veteran Berlin Philharmonic cellist Wolfgang Böttcher and the singer Anne Steffens.

« Paris Philharmonie ‘to shut for repairs’

Just in: PEN condemns Lisitsa dismissal as ‘contrary to freedom of expression’ »