George Burt, a Ligeti disciple who founded the Syzygy new music ensemble while teaching at Rice University as well as California’s Notes from an Underground series, has died of cancer at 85.

He composed six feature films, of which the two most successful were for Robert Altman – Secret Honor (1984) and Fool for Love (1985), starring Sam Shepard and Kim Basinger.

His book The Art of Film Music (1994) is a widely used campus text. 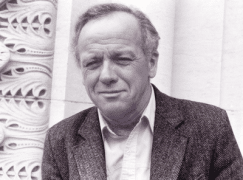