CAMI have announced the sudden death of Rolf Smedvig, member of Empire Brass and soloist with many symphony orchestras.

Rolf started out as the youngest member of the Boston Symphony, aged 19,. He was married for a while to its PR, Caroline, before setting out on a solo career as trumpeter, conductor and composer.

He died reportedly of a heart attack. He is survived by four children. 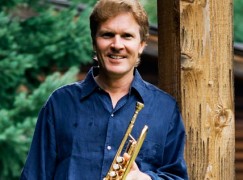