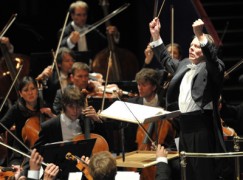 The publication of our best and worst PRs of 2014 drew a flurry of emails, some pointing out notable omissions.

One that escaped attention, perhaps because it works so hard to remain inconspicuous, has managed to distinguish itself this morning and can expect a high ranking in the 2015 list.

Disgruntled German colleagues tell us that the Bavarian Radio Symphony Orchestra is about to ‘announce’ its 2015-16 season. Announce is not quite the mot juste. It will be kept very quiet. A few Munich journalists have been invited to a [redacted] suite in the Altstadt, 3rd floor “Saal und Foyer” at Literaturhaus on Salvatorplatz, to be given the word over drinks and canapés.

The gathering could have been held on BR premises, but that would be too … inhospitable.

The BRSO lays claim to being an international orchestra, possibly one of Germany’s top three, but you wouldn’t know it from the cosy activities of its uncommunicative press office. Shhh, don’t tell anyone, will you?

UPDATE: The little BRSO gathering has been timed to coincide with the national memorial service for the victims of the Germanwings plane disaster.

Btw, to avoid possible confusion and hurt feelings, the press offices of Bavarian State Opera and the Munich Philharmonic are outstandingly professional.