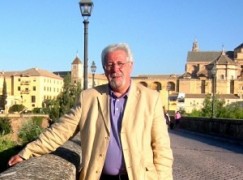 The music world in London and beyond has been shocked by the death last night of Dennis Marks, former head of music at BBC Television and subsequently general director of English National Opera. Dennis was 66.

At the BBC he was the last believer in serious music before the great Birtian dumbing down of the early 1990s. At ENO, he inherited the deficit aftermath of a successful regime and was unable to set a new direction for a company with a weak board and an ambivalent funding authority.

He went on to make some fascinating documentaries, mostly for radio.

He was a boundless enthusiast for new music and opera.

Our sympathies to his wife, Sally Groves, and the family.

UPDATE: First obit here and a more personal one here.

« At last, a really useful article on opera glasses

‘Music is in danger’: a Paris manifesto »