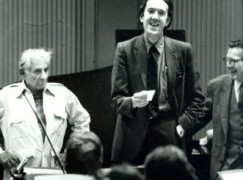 Earlier this week we circulated a widely-read assertion by Robert Freeman, former head of the Eastman School of Music, arguing that ‘we’re graduating too many, too narrowly trained musicians’.

True, or false? Robert Fitzpatrick, long-serving Dean of the Curtis Institute and presently Provost and Dean of the San Francisco Conservatory of Music, believes that one has to see the problem in a global, historical perspective. Here are his thoughts, written for Slipped Disc: 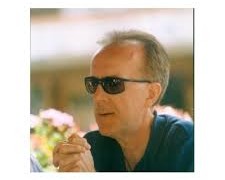 If musicians were generalists before the French Revolution, and would become specialists after those events, could we point to the founding of the Paris Conservatory around 1795 as the beginning of the current dilemma about which Robert Freeman polemicizes?

Leaving that argument aside for the moment, there are ongoing issues in the USA that have led to a decline in the quality of education in general, and an abandoning of the arts and arts education in particular. Federal, state, and local governments bear the brunt of the responsibility for this downtrend.

Public school music programs in large cities flourished in the period after World War II until at least the late 1960s. In most large east coast cities, every public senior high school and most junior high schools had a symphony orchestra, a band, and a chorus. Primary schools were lively incubators of artistic efforts serving a large and diverse population of students, some of whom were the first in their family born in the USA and educated throughout their teenage years. Each school had a staff of performing and visual arts teachers who made effective use of limited rehearsal and studio space. Most of these public schools also had the equipment, especially musical instruments, necessary for curricular and extra-curricular activities in the performing arts. In most current urban situations, the arts teachers are gone except for a few part-time travelling instructors who serve many schools, and the instruments have been vandalized, lost, stolen, abandoned in closets or warehouses, or simply sold. Fortunately, there are still pockets of resistance in some smaller cities and affluent suburbs, a situation which varies widely according to local resources.

A vicious cycle exists in American musical higher education that began between the world wars and continues today. The National Association of School of Music (NASM) was formed in 1924 by visionaries such as Howard Hanson, one of Robert Freeman’s predecessors at Eastman, to accredit and govern the education of musicians who would become the music educators of the future, especially in primary and secondary schools throughout America. NASM currently counts over 650 member schools, (too) many of whom offer a Bachelor of Music degree in performance which prepares students for a career on stage. Freeman may have a point: too many schools, too many graduates, too much specialization. Howard Hanson and his NASM co-founders expected the conservatories like Juilliard, Curtis, Eastman, Peabody, New England Conservatory and others, to provide the specialized “training” (I’m not a fan of the word) to talented music students destined for careers as professional performing musicians. Other schools would educate and form the teachers; I remember when many post-secondary schools were called “teachers’ colleges” and had excellent music education curricula. Today, some conservatories offer music education tracks and many of the former “teachers’ colleges” offer a Bachelor of Music in performance. Most encourage graduate education for a Master of Music degree (in performance or education).

Perhaps the greatest aberration of all was the creation of the Doctor of Musical Arts (DMA) in order to perpetuate and extend the educational model. This would allow students to get tenured university positions in performance so that they could teach future B.Mus, M.Mus, and DMA candidates who would then seek positions to create more performers and teachers for non-existent orchestra positions, and dwindling opportunities in primary and secondary arts education in the USA.

Instead of adding to the polemic, I propose that NASM re-examine its current mission which should include lobbying local, state, and federal governments to adequately fund public education in general and to enable the arts, including music, through better financial support.

Freeman’s book is interesting but hardly sufficient to change the direction of the descent of arts education in the USA. When 625 music schools speak with one voice and profess their faith in arts education, someone might listen.

UPDATE: ‘The US lags behind the world in arts education’. Click here.