Ivory: It’s a war of Pianists vs Islamists

Supporters of an ivory ban in the state of Vermont are claiming that al-Shabab in Somalia are profiting from the wholesale slaughter of African elephants. If pianists only stopped demanding ivory keys, they argue, terrorism could be choked off at source. Read here.

Ashley McAvey, an activist from Shelburne who is heading efforts to get a ban passed in Vermont and asked lawmakers to bring the ban bill, said she would like to see legislation similar to the law in New Jersey. She told the Fish, Wildlife and Water Resources Committee that permitting any sales of the materials will encourage an international market that is funding terrorist groups and leading to the likely extinction of African elephants.

Still, Rep. David Deen, the committee chairman, was less certain of the nexus. “People are having trouble connecting their grandmother’s piano with terrorism,” he said. 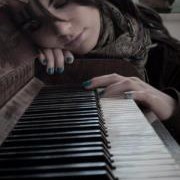