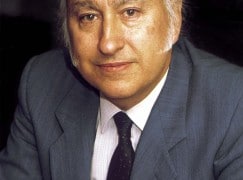 In the late 1970s, classical recording was in the doldrums. The same old conductors were re-recording the same old works, issued on LPs that were so faulty the customer return rate was over 40 percent.

In November 1979, a father-and-son team of sound engineers from Essex, Brian and Ralph Couzens, founded Chandos Records. Sound quality was outstanding from the outset and the LP manufacture was vastly superior to the major labels, which were forced to upgrade their product. These differences were soon ironed out by the advent of CD in 1983, but the point was made and widely taken that Chandos stood for genuine high-fidelity values and the industry as a whole was uplifted by its standards.

An early focus on neglected English music – Bax, in particular – won a deep foothold in the home market. Orchestras in Scotland, Ulster and Wales were the label’s workhorses. Neeme Järvi covered vast swathes of repertoire, Mariss Jansons made his name on Chandos.

Brian’s second act of salvation came ten years later. Peter Andry, former head of EMI, had joined Warner with a brief to create a major label overnight. Wielding a multinational chequebook, he hoovered up half a dozen labels – Erato, Teldec, Finlandia, NVC and more. Then he met Brian Couzens, who refused his lavish overtures. So did Ted Perry at Hyperion. The corporate march was halted. Independent recording was saved.

Brian Couzens died on Friday, aged 82. He earned the lasting gratitude of all who love recorded music.

« Dresden reject is ‘in line’ for BBC Proms