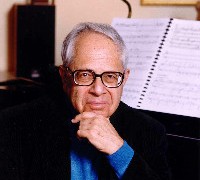 Gary Graffman: US lags behind the world in arts education

The pianist and former president of the Curtis Institute has joined our debate on music education with some trenchant, painful observations.

Further to Robert Fitzpatrick’s observations regarding the unhappy state of arts education in the USA and his comments that events of the last 45 or 50 years in our country “have led to a decline in the quality of education in general, and an abandoning of the arts and arts education in particular”.

I couldn’t agree more. (Full disclosure: Bob was Dean at The Curtis Institute during my 20 years as head of that school, so we have griped about this subject on several occasions.) However, I’d like to add that this diminishment of ALL education in the USA over two generations might help to explain – and perhaps even partially excuse – the uninformed utterances emanating from the mouths of too many of our elected representatives, as well as their complete lack of knowledge or interest in anything to do with the arts. In fact, it would not be at all surprising if many of those representatives who received our typical public education during the last four or five decades have hardly ever, if at all, chosen to visit an art museum or to attend an opera, the ballet or a symphony concert.

According to all the global education ratings and indexes that I have seen, the USA lags behind many nations. But as these charts are almost exclusively based on math, reading and science, this is just the tip of the iceberg. For if the arts were included in such ratings, the standing of the USA would plummet even further.  (Of course, there are a significant number of outstanding American schools – public as well as private – that teach and produce students on the highest level. But the number of young people who are fortunate to receive such an education is a very small percentage of the total, resulting in the formation of a sort of cultural oligarchy.)

Given this pervasive decline of general knowledge in the USA, it becomes quite understandable that some of our elected leaders have become today’s equivalent of those 17th-century individuals who, decades after Galileo, still insisted that the sun circled the earth.

Obviously, I agree with Bob Fitzpatrick that the NASM should re-examine its current mission and should lobby relentlessly to see that American public education– including arts education – should be funded satisfactorily. But I fear that until such time as some of our important American public figures make this issue a major, life-or-death matter (which it is), the dumbing-down of the USA will continue unabated. This, of course, would be tragic. But it would also be stupid, because a fine, well-rounded education for all is one of the few issues that could re-unite United States, since it would clearly benefit everyone.