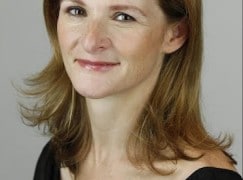 Katy Clark, Welsh-born president of the Orchestra of St. Luke’s, has been named president of Brooklyn Academy of Music. Originally from Swansea, Katy read history at Jesus College, Cambridge, and took a certificate in arts management at Birbeck College, London, while playing five years in the BBC Symphony Orchestra.

She says: ‘BAM has always been fearless in the creation and presentation of art, for the borough of Brooklyn, the city of New York, and audiences around the world.’

With Clive Gillinson at Carnegie Hall, Clark at BAM, Graham Parker at WQXR and Thomas P Campbell at the Metropolitan Museum, it looks like New York is back under Brit rule.