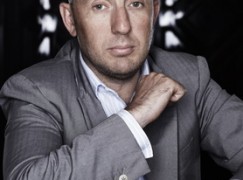 An Orthodox Russian laments the loss of opera freedom

The following commentary is by Slipped Disc correspondent, Varvara Turova:

There was a director who made an opera production. A cleric noticed a poster. He took a dislike to it and went to court. He sued Kulyabin, who had staged the show, and the director of the theatre Mezdrich for offending his religious feelings.

In Russia there’s a law which prohibits “insulting religious beliefs”. There’s no one securing the beliefs of atheists, or theatre directors, or those revolted by what’s going on in the country: knee-deep in war and corruption, disgraced by the horrid squalor that old people are thrown into. These feelings aren’t secured by anything. Unlike those of religious Orthodox believers: they are cherished as a precious gem.

Many of the people who belong to artistic circles of Russia have joined efforts to fight for a director’s right to create whatever show he pleases; the right for freedom in general. Actors and critics, directors and musicians, heads of theaters have been writing multiple open letters united by one simple message: art is the realm of freedom. There was one person though, one of the very few theatre people, who publicly condemned Kulyabin’s production, subjecting it to aggressive and malicious criticism without even watching it.

His name is Kekhman, and he is the director of the Mikhailovsky theatre in St Petersburg, known for being an entrepreneur, a banana importer and the holder of numerous awards from the Russian Orthodox Church. The case was stopped by the court. However, after a few days the theatre director Mezdrich was dismissed, and the person who was appointed to succeed him was no other than Kekhman.

This move stifles all liberty, all vibrance, the audacity of artistic statement, replacing this with flagrant mediocrity: atrocious, vile, shamelessly toadying with the powerful. It’s rumored that the decision to fire Mezdrich was made inside Vladimir Putin’s office. I have no evidence to prove it. Nor do I doubt that it is true. But what’s really dismaying is the reaction of the majority.

People who work in theaters (such as the Bolshoi) have been making statements like “blasphemy is so wrong”, completely missing one simple point: they’re next. Everyone is. Because all things have to be made safe, standard, lifeless. On the day Vladimir Kekhman arrived in Novosibirsk accompanied by Aristarkhov, the deputy culture minister, in the airport Mezdrich was told he had been fired. They had not even bothered to tell him beforehand. Not even to be civil. There was a “standing prayer” in front of the theatre that day.

I’m an orthodox Christian. And I will never concede that these people have anything to do with either me or my religion. Some people who joined the “standing prayer” were actually those who participated in the production. The trouble is not that people are being deprived of freedom. It’s that people welcome and contribute to the freedom being taken away from them.

« The Steinway that plays without you