She might be a mass phenomenon, but she makes donations to her local orchestra and she keeps her music clean.

Now she has hooked up with the hottest classical pianist in China to make a motor ad.

You see it here first.

UPDATE: No longer here. Lawyers acting for Toyota have claimed corporate copyright in the video and asked us to take it down. You can continue to watch it on Yundi’s Facebook page. 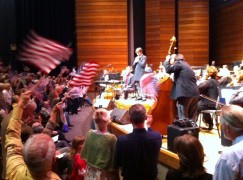 Heather Mack and Tommy Schaefer, of the Chicago area, were sentenced today in Bali for the murder of Sheila von Wiese-Mack, whose body was found in an abandoned suitcase in August last year.

The victim, Sheila von Wiese Mack, 62, was the widow of James Mack, a prolific Chicago composer and conductor. She was previously an aide to Senator Ted Kennedy.

The Vienna Opera has announced that Simon Keenlyside is out of its Rigoletto revival in June. He is replaced by Dmitri Hvorostovsky and Paolo Rumets.

Keenlyside, 55, was forced to withdraw on the opening night of Pierre Audi’s production last December and has scarcely been heard since.

Vienna said he had been prescribed ‘a period of complete vocal conservation’ by his doctors.

We wish Simon a swift and full recovery.

It may come as a surprise to find an pill-popping artist who worked at night and slept by day being employed as a teaching aid at Apple HQ, but it appears the late Steve Jobs was a devotee of the Goldberg Variations.

So Boston Review editor Joshua Cohen has been hired full time by Apple to lead three-hour seminars in Gould studies for prospective executives.

Read about it here. 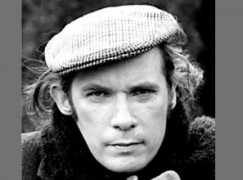 Joseph Calleja has reported the death of  Paul Asciak, his teacher, aged 92.

He writes: ‘His is a death that I won’t really accept or register for a long time. His trumpet like voice is legendary but it is his gentlemanly demeanour and caring tuition and mentoring that I shall miss most.’ 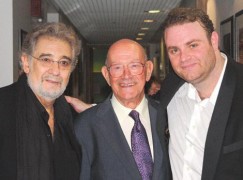 Acsiak, pictured between Domingo and Calleja

Since the Barenboim bandwaggon is now up and rolling, here are a few counter-arguments for the players to consider on May 11.

2 He’s too well-known in Berlin…

as music director of the Staatsoper since 1992, there would be no novelty value.

3 He’s been everywhere, done everything…. 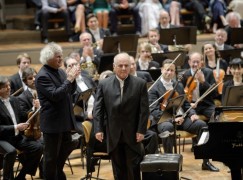 7 It needs someone who gets new media.

9 It needs a 21st century citizen.

10 In any business, music or motorcars, it’s always a mistake to hire someone you rejected last time round.

The company is part-time and severely depleted.

It has just presented Stuart Stratford, a hard-working stalwart of the UK circuit, as the new music director.

The last man in the job, Emmanuel Joel-Hornak, resigned after just 58 days. 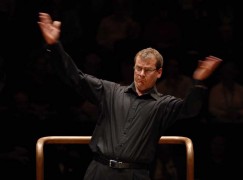 Following our mini-feature on composers who smoked, it turns out that a reader happens to own Gustav Mahler’s initialled cigarette case. 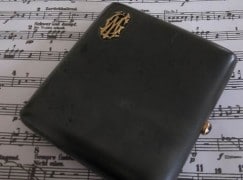 He was never, by all accounts, a heavy smoker, but he clearly needed to have a pack at all times about his person.

The Spectator magazine thrives on turning the clock back. Here’s its associate editor, Damian Thompson:

…who knows what might have happened if the Berlin Philharmonic hadn’t chosen Rattle instead of Barenboim? Sir Simon is coming back to London in 2017. And bear in mind that Claudio Abbado gave the greatest concerts of his career as he was being eaten away by cancer in his seventies. Surely there’s still time to give the Berlin job to the man who should have got it in the first place.

UPDATE: For the other side of the argument, why Barenboim would be wrong for the job, click here. 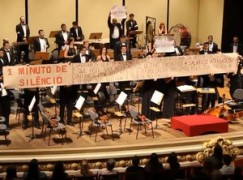 Musicians of the Ribeirão Symphony of Sao Paolo haven’t been paid in four months. Their orchestra, one of the oldest in Brazil, is facing closure. So on Saturday night they stopped the concert and warned the audience of the likely consequences.

‘MIT researchers and violin makers at Boston’s North Bennet Street School have analysed measurements from hundreds of Cremonese-­era violins, identifying features that contribute to their acoustic power, or fullness of sound.

‘…The researchers found that a key feature affecting a violin’s sound is the shape and length of its “f-holes,” the f-shaped openings through which air escapes: the more elongated these are, the more sound a violin can produce…’

So what else is new? Read full article here.