Why I am taking my label off-stream

Paul Baxter (Pal Steaphan Baxter) owns and operates a beautiful niche label in Scotland. Delphian Records, which regularly appears on my review list, rejoices in its difference. Paul has now decided to buck industry trends and take his recordings off streaming devices such as Spotify, and freeviews such as Youtube. 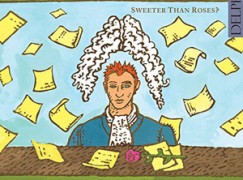 A few months ago Delphian’s releases mysteriously started to appear on a very well-known video streaming site, available to stream at no cost and accompanied by arbitrary visuals – most commonly representations of the title’s cover image, or atmospheric images of the musicians.

I wasn’t knowingly contacted for permission in advance of this rollout. Artists began to contact me in panic – were their discs being ripped and hosted on the net, free for all, illegally? “How can I encourage listeners of my music to buy from iTunes, when they can listen for free?” one artist asked me. “Surely this is a con?” asked another. “People can listen without even paying a subscription?” chimed a younger artist. Yes, and No.

Yes, our catalogue is – for the moment – available to be heard, limitlessly, and no, there’s not even a subscription involved. This new availability of our catalogue was ‘progress’ that had been anticipated in our agreement with our aggregator (the industry’s term for the broker organisations that license content to individual sites). Some of my colleague label owners immediately opted out of this rollout, and took down all their content. Others regard it as good publicity, and even some artists want their content to be available as widely as possible with no view to remunerating themselves for their creative output. I decided to run with it for a couple of months, to see for myself what the results would be.

This morning I had a chance to go through the sales information. On the basis of many tens of thousands of streams of individual tracks, my income from ad based streaming services has been 0.002 of a cent per stream. Some listeners argue that they go on to service providers such as iTunes to buy something they’ve sampled on streaming services – I can discern no obvious uplift in Delphian’s paid download income. On this basis, I have asked my aggregator with immediate effect to remove my catalogue from all ad based streaming sites.

The way we consume music is changing, and it’s changing ferociously fast, but a model that pays 0.002 cent per stream can’t possibly be progress. The relationship between artists and labels can be an incredibly fruitful and symbiotic one. The prevailing notion of the commercial value of music amongst young people threatens that, and it threatens everything else. I want to support my artists’ future endeavours. I have a team of first rate creative and administrative individuals to pay as well as a program of print advertising and PR to fund. I cannot do that if the value of listening to one of my tracks is perceived to be 0.002 of a cent. Just because something’s new, doesn’t mean it’s better; this needs to stop, and it needs to stop now.