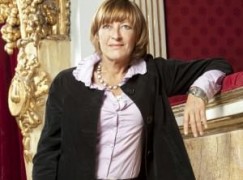 The new head of San Carlo is … the old one

Rosanna Purchia has been brought back as sovrintendente of San Carlo Opera, over the heated objections of the Mayor of Naples.

Anybody know what she has done wrong?

UPDATE: Our ragazzo in the loggia reports:  ‘Nothing is wrong with Ms. Purchia, she is not the best intendant in the world, but in the end of the day she is not too bad, and she is kind of experienced… except that the Naples mayor De Magistris is against her, and wanted her out, calling for a new era of more ‘transparency…  Ms. Purchia had accepted an offer to be intendant at Teatro Bellini of Catania, but now she is turning Catania down and she wants to stay at San Carlo… The first three months of this year are counting as the start of “annus horribilis” for the way the decisions are taken about many top jobs in Italian opera houses.’

« On Brahms and bird-shit: what we didn’t know

Death of an important piano teacher »