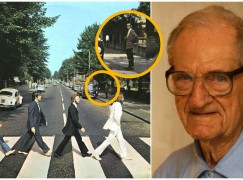 The man who watched the Beatles cross the Road

In the upper right-hand corner, between John and Ringo, you will see a man standing beside a police van.

Turns out he was a tourist from Florida, named Paul Cole.

Paul dined out on the coincidence for the next 45 years. ‘”I had a new sportcoat on, and I had just gotten new shell-rimmed glasses before I left,’ he’d say. He thought the Beatls were ‘a bunch of kooks’. 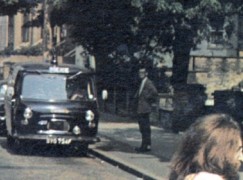 « The Philharmonic played Friday night to an empty hall