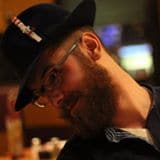 The composer who got cancelled at Carnegie Hall

Was this a political decision? Read this statement by the Boston-based Estonian-Armenian composer, Jonas Tarm:

It has been an honor and pleasure to rehearse my music with the New York Youth Symphony and conductor Joshua Gersen. These fellow young musicians are some of the most artistically advanced and mature musicians I have been able to work with.

I am disappointed and confused by the decision of the president of the board and the executive director of the NYYS to cancel my Carnegie Hall debut. This composition, titled “Marsh u Nebuttya” (Ukrainian for “March to Oblivion”), is devoted to the victims who have suffered from cruelty and hatred of war, totalitarianism, polarizing nationalism — in the past and today.

To emphasize that point in musical form, I briefly incorporate historical themes from the Soviet era and from the World War II Germany. The Ukrainian Soviet Socialist Republic (UkSSR) national anthem lasts about 45 seconds and the German Horst Wessel Lied also lasts about 45 seconds in the nine-minute work. This piece was not meant to provoke but to evoke.

This is the program note I provided to the NYYS in September, 2014:

Dedicated to the victims of hunger and fire

NYYS had no complaints regarding the program note being too short or insufficient until six days before the Carnegie Hall concert.

The NYYS has had the score to “Marsh u Nebuttya” since September. They’ve rehearsed this piece for over three months; and I attended several of those rehearsals. They performed the piece on Feb. 22, 2015 at the United Palace Theater in New York. On March 2nd, just days before its Carnegie Hall performance, the executive director of the NYYS told me that these themes, these instrumental quotes, are potentially offensive. Concerns about the content in this work were never mentioned to me until March 2nd.

The old joke about how do you get to Carnegie Hall – you practice. Apparently you also have to self-censor. I’m disappointed that this work will no longer have the ability to speak for itself.

I’d like to sincerely thank the people who have supported me and asked my work be heard.

And here’s the orchestra’s rapid response:

The New York Youth Symphony’s decision to remove a commissioned work from Sunday’s performance was not a decision taken lightly. It was a highly unusual step for us—one which was taken thoughtfully, but firmly, as soon as we learned the piece incorporated significant portions of music written by others that we determined were problematic for a student orchestra such as ours to be asked to perform without prior knowledge or discussion.

The first time the composer revealed the source of his music was on March 2, in response to our inquiry. We were told that of the three sources that he used, one is the Horst-Wessel-Lied, the anthem of the Nazi Party from 1930-1945, which is illegal in Germany and Austria. When asked to explain the context and meaning of the piece, which would justify his use of this source, he refused.

This was his obligation to our orchestra as a commissioned artist and particularly important given the fact he was working with students, ages 12-22. Had the composer revealed the sources of his piece and the context under which they were used upon submission of the final commission in September 2014, the piece and the notes could have served as an important teaching moment for our students.  However, without this information, and given the lack of transparency and lack of parental consent to engage with this music, we could not continue to feature his work on the program.

Again, if the composer had been forthright with us from the start, this situation would not have transpired. He was chosen last spring for the commission from among a strong group of candidates by an impartial panel of seven composers and music educators. The new piece he created in response to receiving the commission received its first hearing when it was given to the orchestra to rehearse in December.

We believe deeply in a free creative process. But along with freedom comes responsibility, even more so when young people are involved.   We continue to be committed to champion new young composers through our ground-breaking First Music composition program, which has commissioned over 137 composers since 1984. We are proud that First Music commission winners have been recognized by the Rome Prize, the Pulitzer Prize, and Guggenheim Fellowship.

Our mission at the NYYS is to educate and inspire young musicians, composers, and conductors. We also encourage creativity within a culture of mutual respect and honesty. This situation, while unfortunate in so many ways, has taught us to remain true to our values as we serve the best interests of all our students.

All of us at the NYYS are deeply disappointed that this decision was necessary knowing how much time and effort the students put into preparing the piece for performance. We thank them for their wonderful contributions to making the NYYS such a special place, and we appreciate the ongoing interest in the success of our performers and the NYYS from all of our alumni, supporters, and the wider music community.