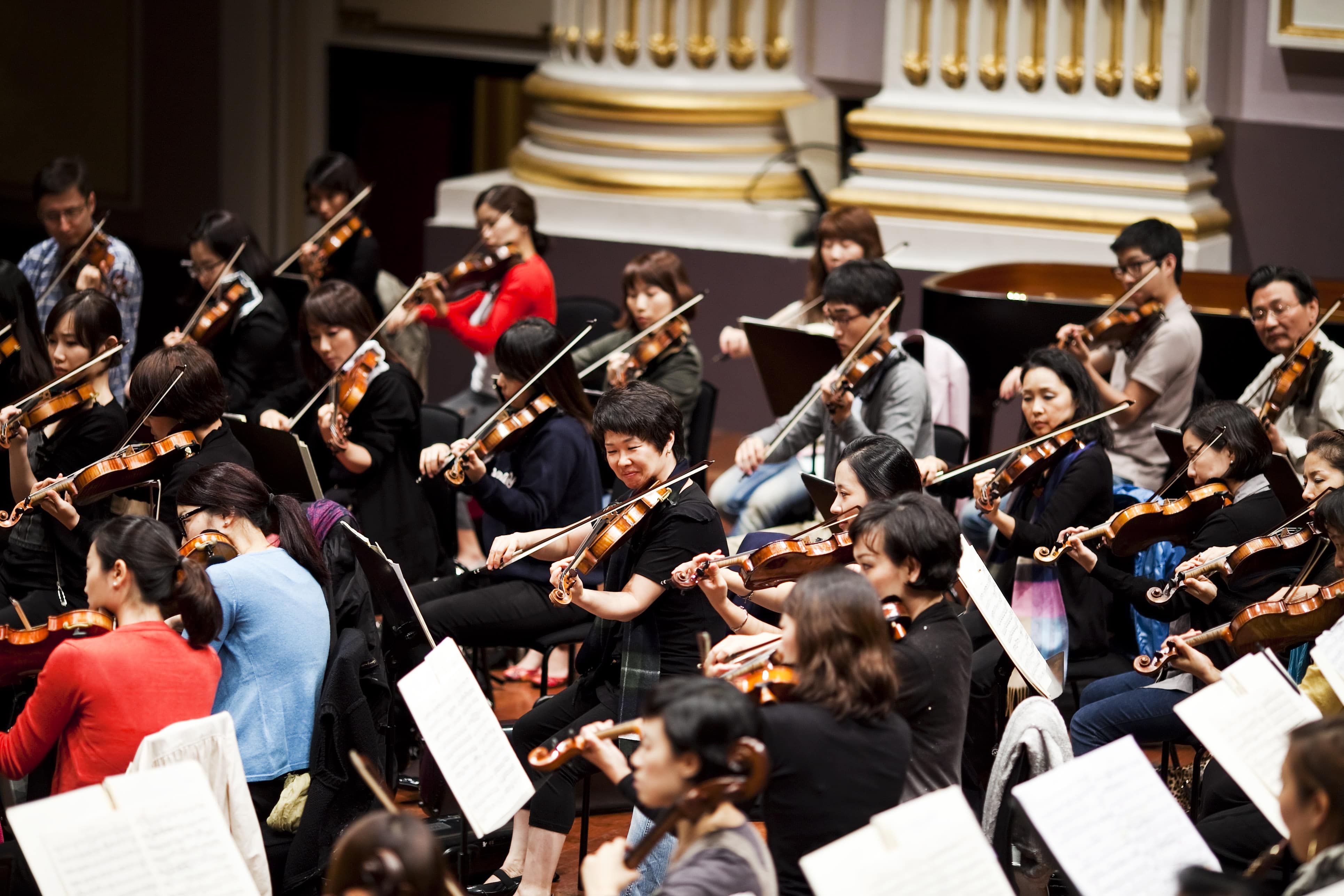 As if things weren’t bad enough at the Seoul Philharmonic, which got its US tour cancelled by the city council ast week, the city’s other orchestra is locked in all-out industrial war.

The KBS Symphony Orchestra, formerly run by the broadcasting authority, has been hived off to a new company. Two thirds of the players – 67 altogether – are refusing to sign contracts with the new owner until job security is guaranteed. The owners have no intention of doing so.

Today, they advertised vacancies on 16 different instruments in the orchestra, paving the way for mass dismissals.

Seoul has, in a matter of weeks, gone from a booming classical economy to near-bust.

What is remarkable is how little the managements – or their sponsors Hyundai, and others – seem concerned by their worldwide loss of face.

Beethoven’s Fifth gets a salsa beat »