Lincoln Center today sold the naming rights to its main concert hall for $100 million. The winning bidder is David Geffen, co-founder of Asylum Records and Dreamworks. Geffen has shown no previous interest in orchestral music.

Geffen said: ‘As a native New Yorker, I recognize that Lincoln Center is a beacon to artists and musicians around the world. To be involved with such a beloved and iconic institution is deeply satisfying.’

The announcement of David Geffen Hall comes days after a new chairman of Carnegie Hall, Ronald Perelman, called for more rock content in the venerable concert hall. The writing is on Manhattan’s walls. 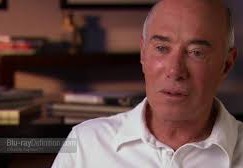