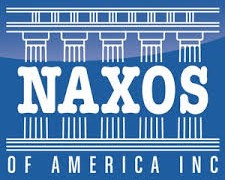 In a swift response to AFM leader Ray Hair’s concerns about the classical label’s streaming deal with Pandora, the Naxos founder Klaus Heymann has circulated the following rebuttal:

Since its foundation more than 25 years ago the mission of Naxos has been to make classical music accessible and affordable. More than any other record company, Naxos has invested in music education and in recording a wider range of repertoire than any other company, major or independent. At the same time, Naxos has promoted many new and young artists and performing arts groups. Its catalogue of American classical music is second to none, built at substantial cost over time.

It is both absurd and offensive for AFM President Ray Hair to insinuate in his recent Billboard op-ed that Naxos was motivated by greed and profiteering in its recent deal with Pandora.  Writing these comments without any attempt to contact Naxos is irresponsible and reckless, and does not serve musicians well.

Naxos remains committed to its artists and is committed to ensuring that all amounts owed for plays on Pandora are reported and paid to them in a timely and concise manner.  This deal was done for the benefit of musicians worldwide.

Featured artist payments are accompanied by meaningless reports omitting composer names and work titles. Here is what a Senior Customer Service Agent told a Naxos artist who complained about the absence of work titles and composer names:  “We don’t actually pay royalties for composing, so that is nothing that gets reported to us.  Sound Exchange is not set up in the way you are explaining. The composer is just not something that [our licensees] are required to report. It’s just not something that Sound Exchange has control over.”

Actually, Sound Exchange does not even report work titles. Artists receive reports specifying simply “Allegro”, without the name of the work to which the Allegro belongs or the name of the composer. There are literally tens of thousands of “Allegros” in classical music.  Mistakes are not corrected. The same artist keeps receiving statements specifying:  “Allegro from String” (possibly referring to the Allegro from the Spring Concerto of Vivaldi’s Four Seasons), even though the mistake was pointed out to the Senior Customer Service Agent.

By concluding direct license agreements with partners such as Pandora, Naxos not only builds a stronger relationship with important discovery and promotional services, but it also ensures that the amounts owed to both Naxos and its artists are reported and ​actually ​paid​ accurately.​ Naxos will be able to identify and pay the hundreds of artists who have not been receiving any payments at all from Sound Exchange.

Rest assured, Naxos is committed to growing the classical-listening community through promotion, support, education and continued investment in recordings and platforms.  This is, and always has been a passion project for Klaus Heymann, founder and chairman of Naxos.  Naxos relies on and is intent on supporting the artist community every way it can.